The World Climate Research Programme (WCRP) established in 2009 the Task Force for Regional Climate Downscaling (TFRCD), which created the CORDEX initiative to generate regional climate change projections for all terrestrial regions of the globe within the timeline of the Fifth Assessment Report (AR5) and beyond.
The major aims of the CORDEX initiative are to provide a coordinated model evaluation framework, a climate projection framework, and an interface to the applicants of the climate simulations in climate change impact, adaptation, and mitigation studies (Giorgi et al., 2009, WMO Bulletin).

EURO-CORDEX is the European branch of the CORDEX initiative and will produce ensemble climate simulations based on multiple dynamical and empirical-statistical downscaling models forced by multiple global climate models from the Coupled Model Intercomparison Project Phase 5 (CMIP5).

EURO-CORDEX is a voluntary effort of many of the leading and most active institutions in the field of regional climate research in Europe and is coordinated by D. Jacob Climate Service Center Germany (GERICS) together with E. Katragkou (Aristotle University of Thessaloniki, Department of Meteorology & Climatology) and S. Sobolowski Bjerknes Centre for Climate Research . EURO-CORDEX (similar to the entire CORDEX initiative) is not providing funding to any participant, but is fully relying on the enthusiasm of the participating researchers and institutions . This enthusiasm is based on the aim to improve climate projections, in order to enable the European society to better adapt to unavoidable climate change and to design more efficient mitigation strategies.

Different from most other regions of the earth, for Europe already coordinated ensembles of regional climate simulations at rather high spatial resolution exist (Ensembles, Prudence). These climate scenarios were provided on grid-sizes down to 25 km and are based on the previous generation of emission scenarios (SRES). In order to proceed from this point, the EURO-CORDEX simulations will not only consider the new RCP scenarios, but also increase spatial resolution. EURO-CORDEX simulations will focus on grid-sizes of about 12 km (0.11 degree). Auxiliary simulations with the standard CORDEX resolution of about 50 km (0.44 degree) are being conducted additionally. 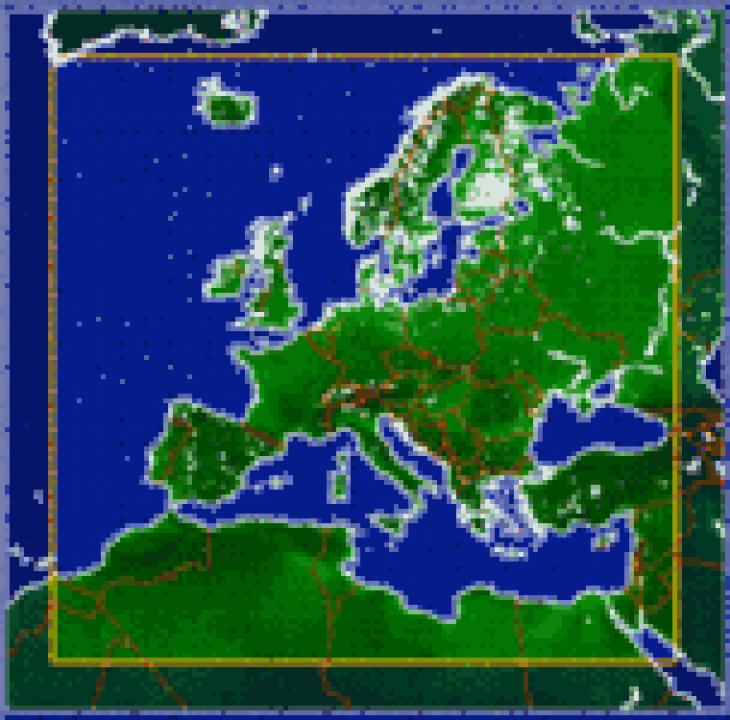 A detailed description of the EURO-CORDEX domain and the specification of the model output can be found at the CORDEX-archive page.

The idea of this website is to provide a portal for cooperation between researchers of the CORDEX community and to provide a platform of information for users of data and any kind of societal actor.